Debossed wristband: To stamp-in, engrave or depress an image into the silicone rubber of a wristband to create a custom, colorless message.

The term “debossed” gets thrown around a lot in the wristband world. But unless you’re in the industry, you may not understand what it means. Don’t fret! It’s not a very common term. Some might argue it’s not even a recognized word. WordPress is apparently among them: 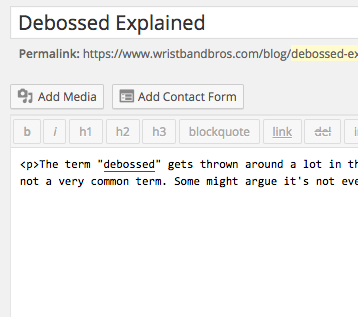 So what exactly does debossed mean?

An analogous term a layman may understand better would be “engraved” or “stamped in.” This simply means your message is depressed into the silicone. If the exterior of the band was a vast plain, your debossed message would be the Grand Canyon: 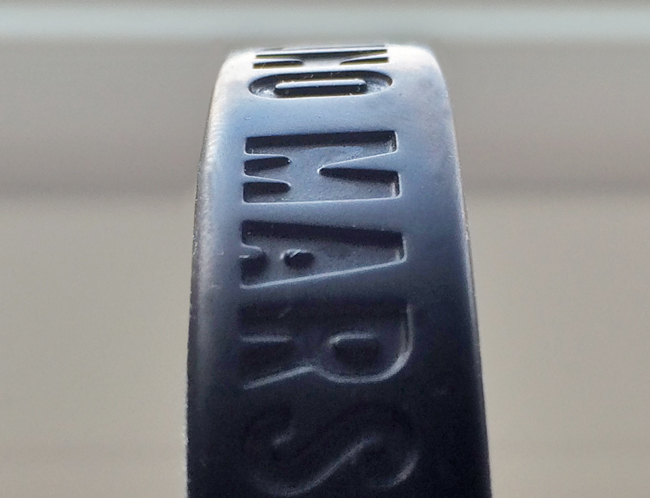 There, you go! I’m pretty confident you’ve got it now. Debossed is just a fancy term for pressed in. And because it’s the cheapest way to customize your message, it’s pretty darn popular, too!