In honor of the long awaited re-boot of The X-Files, I’ve decided to put together a map detailing every X-File from Seasons 1-8. I lopped off Season 9, where Mulder makes only a small appearance. And not because I think the season was poorly done. On the contrary, I think that season was much better than most tv series. But that fact doesn’t prevent it from being a sore spot for all X-Files fans everywhere. The show doesn’t exist without Mulder and Scully, together.

As it turns out, the X-Files were pretty well-distributed. Few places were spared a monster, alien or government conspiracy. Here’s a handy infographic tallying every X-File investigation during the Mulder and Sully era: 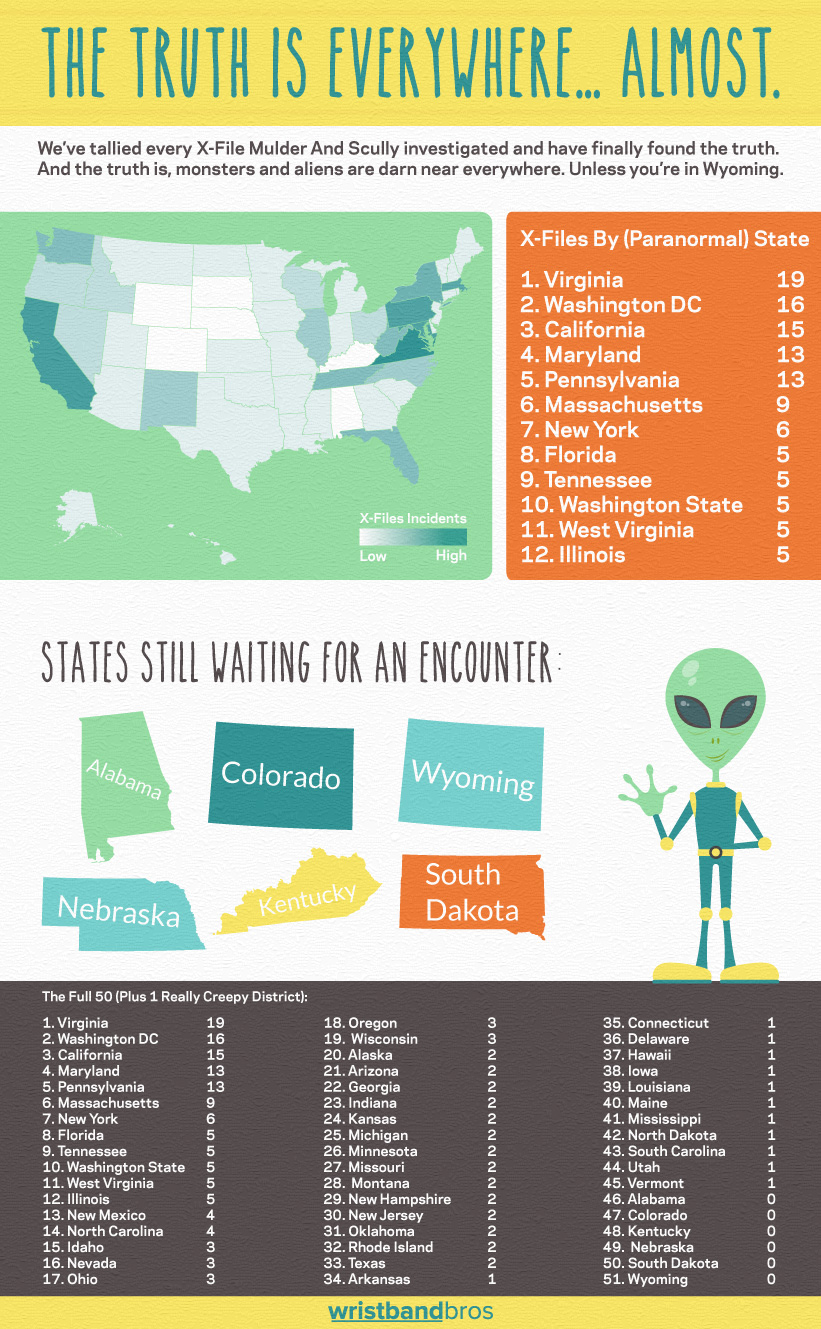 So why did I bother tracking down all these X-Files? 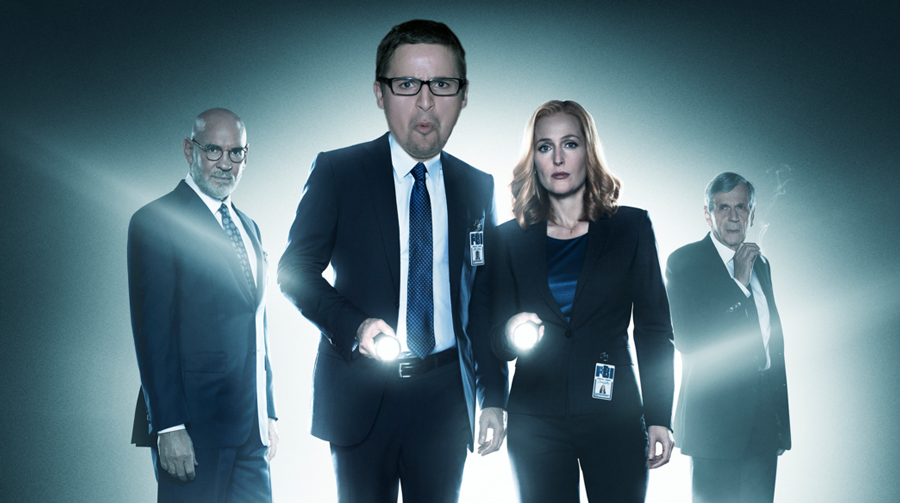 On September 10th, 1993, I was nearly 9 years old. And for whatever reason, my dad thought it would be best to start a new Friday-at-9 tradition: Watching this weird new show called The X-Files. There was no doubt I was on board. After all, I normally had to go to sleep at 9. This was a golden opportunity to bank another hour of bedtime freedom. What 9-year-old kid wouldn’t love that?

The pilot episode (aptly titled “Pilot“) was as exciting and risk-filled as any hour of television before or since. In real time, I’m not sure I fully understood the show’s undeniable greatness. I was a kid enthralled with monsters, aliens, and blood. But I did understand the special chemistry between Mulder and Scully and the unexpected originality of their story telling. Every Friday at 9 became appointment TV.

Fox Mulder had a nickname – Spooky. The atmospherics of the show delivered exactly that. It left you spooked, and not just for the hour you watched. Some of the monsters and aliens stuck with you. I still think about the parasitic man / creature from The Host every time I see a portapotty. And I don’t think a year of my life has passed where I didn’t, for one reason or another, think back on the little green bugs from Darkness Falls. I imagine there is a generation of adults that feel exactly the same way. We grew up with the laconic Mulder, the skeptic Scully, and the belief that the truth, however bizarre, really was out there.

So like many people my age and older, this coming weekend is huge. The X-Files are back. And not some watered down version with new players. This is Mulder and Scully, reunited. It’s something we’ve been waiting for since the original run of the show ended in 2002. And I couldn’t be more excited.

Here’s a little teaser that left me feeling uncontrollably giddy: